With the improvement in living standards, people's requirements for the quality and aesthetics of homes have also improved, so there are more and more home exhibitions. In recent years, a new surface material product, pet film, has coincidentally appeared at all major home exhibitions and has been widely welcomed. So why do exhibitions love pet films? As a member of the professional pet film producers, the following will answer your questions. 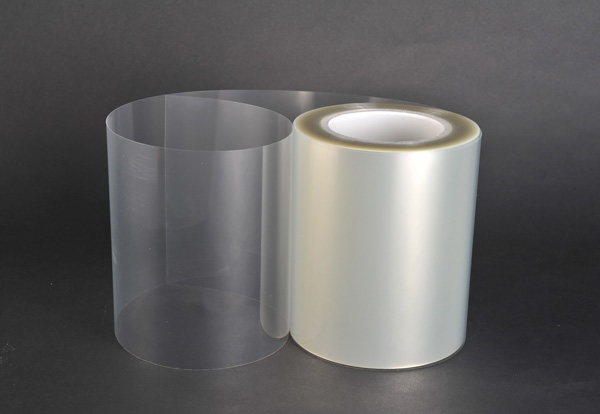 1. understand what pet film is.

Mentioning pet material is not strange to everyone because it is a common material. Academically speaking, the pet is a polyethylene terephthalate plastic. Due to the highly symmetrical molecular structure, pet material has many excellent properties, such as electrical insulation, mechanical properties, and heat shrinkage, so it is widely used in many fields. Pet film is made of pet material, which does not volatilize toxic and harmful gases during use, and is a safe and environmentally friendly new decorative material.

(1) Safe and environmentally friendly performance. Speaking of plastic, some people may worry that plastic will produce toxic substances. Such concerns are not unreasonable, the past plastic is mostly PVC material, and PVC contains chlorine elements. The production process is not fully polymerized. Vinyl chloride may spill and harm humans. While the pet is the same as acrylic, its material consists of only the three elements of C, H, and O. pet and PVC from the appearance of The similarity between pet and PVC is very high appearance. Still, as long as the two ignited can be quickly distinguished: PVC because of the element chlorine, burning will produce an irritating smell, while the pet does not release toxic gases, is a safe and environmentally friendly plastic.

(2) Harmonious and versatile colors. Pet film has various colors and small color differences. It is not easy to fade, whether used alone or with other materials, which can create a harmonious and unified home environment. Whether it is the refreshing and elegant pure white tones or the understated and noble pure black tones, pet film can be used as the main color of interior decoration, and pet film has a good expression in both tones. Of course, there is also the pure and natural wood style that has been occupying a certain share of the home market, as well as the rock slate stone that has been popular in the market in recent years, and pet film can be matched with them to create a harmonious and comfortable atmosphere.

(3) Various forms of models. Matte pet film is often called skin-sensitive and fingerprint-resistant, which is as soft as a baby's skin and perfect for use in the closet. The glossy pet film has a bright and gorgeous surface, and the reflection of light can make the whole home environment fresh and bright.(4) Cost-effective profile. Cracking is the most common problem when processing wood panels. Manufacturers love pet film because of its material structure characteristics, no blowing up in processing, sealing edge never cracks, stable performance, and wear and scratch resistance. On the one hand, pet film is relatively inexpensive, mainly because of the controllable cost of the material itself, and the production methods are increasingly moving towards technology. On the other hand, the thin thickness of pet film combined with the relatively affordable price of raw materials makes it not expensive. At the same time, thanks to its thinner thickness, the pet, in general, is rolled, an advantage that makes it much more efficient for pressing and laminating.

Pet film is commonly used in bathrooms, cabinets, closets, decorative veneers, and other panel furniture materials. Pet film is easy to decontaminate. The film's surface does not produce static electricity during the wiping process and is not easy to attach dust. It is scratch-resistant and wear-resistant, and the surface of the film is not easy to leave traces, and the color of the surface is not easy to change and fade even if it is wiped frequently. And pet film is easy to form, with pet film processing molding door panels three-dimensional sense of good.

Nowadays, pet film is becoming more and more popular in the home market. How the future consumer acceptance, user feedback, and whether the performance can be further refined, we will wait and see!